SRS (Supplemental Restraint System) is a passive safety system designed to protect the driver and passengers in an any car incindent.

1. A seat belt (usually three-point and fitted on each passenger and driver seat).

Depending on the make and model of the car, the SRS may have a number of other devices. For example, a rollover protection system (like on a convertible), additional child seat carriers, etc.

Which devices can work with a front impact crash?

In a frontal collision, the SRS can activate several restraint devices at the same time, depending on its severity. These can be either pretensioners or cushions (possibly all together).

In a frontal and diagonal impact, the system is activated depending on the angle and magnitude of the impact force:

In some cases (usually at speeds above 60 kilometres per hour), the system can activate all of the above, thus ensuring maximum safety and minimum risk of injury for both rows of seats, including the driver. 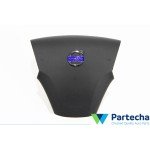 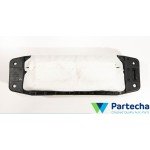 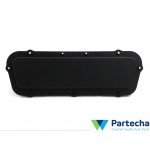 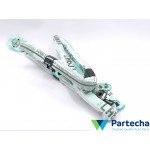 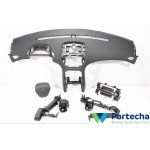 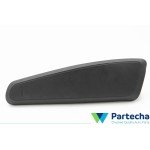 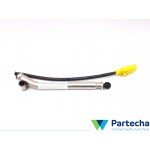 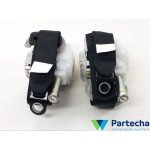 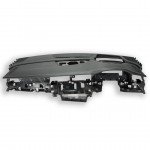 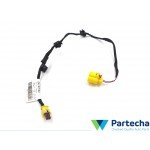 Which devices can work with side impact?

In this case, depending on the completeness of the car, belt tensioners or side airbags may work. The latter are usually fitted in mid-range and prestige cars. Inexpensive cars are equipped only with pretensioners, which are triggered by the impact, securing the human body to the seat.
In addition, a battery breaker in the car is activated depending on the force of the impact. The risk of a short circuit or spark in the event of a collision is thus reduced. This reduces the possibility of unauthorised ignition of the vehicle due to holes in the gas tank or other deformations of body parts.

When should parts of the security system be replaced?

The security system and all its parts are one of the most important systems in a car to ensure safety. All parts of the security system must be checked regularly and replaced immediately in the event of a fault. Airbags should always be replaced if they have deployed in an accident, seat belts can be replaced due to ineffective functioning or severe wear.
In our online shop partecha.com you can find airbag kits, driver airbags, passenger airbags, knee airbags, roof and seat airbags, seat belts, dashboards and other airbag parts.